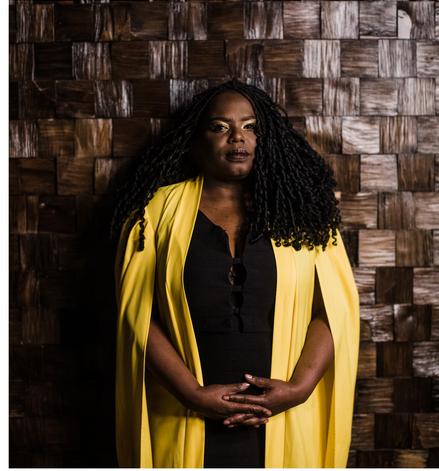 In 2016, Hannah’s poem Formation poem went viral being shared over 20,000 times around the world. In 2018, the Youth Violence Prevention commercial featuring Formation won the “Culturally Legit” award from the American Advertising Federation. A lover of writing and social justice, Hannah’s blog offers commentary on current events and has been viewed around the world. Hannah’s work is filled with passion and truth, believing that communication is indeed the beginning of change.   Hannah is the author of several works of poetry, Hannah‘s Plea-Poetry for the Soul, Anticipation, Life Lived In Color, In Spite of My Chains, For Such A Time As This and So Many Things I Want to Tell You-Life Lessons for the Journey. Her debut novel Views from the Back Pew was received with stellar reviews and was performed on stage to a sold-out audience. Her follow-up novel, Fragile Destiny has been hailed as life-changing. Currently, Hannah completed a collection of commentaries on race and feminism entitled, Dear America, I Am Still Rooting For You along with a collection of commentaries called Dear White Women, It's Not You, It's Me. I'm Breaking Up With You.  Her collection of poetry Love, Revolution and Lemonade has been called brilliant and inspiring.

Hannah’s commentary on life and challenging others to dream bigger have been recognized by First Lady Michelle Obama. Hannah Drake was featured on the Tom Joyner Morning Show with Jacque Reid to discuss her international movement, Do Not Move Off the Sidewalk, which addresses the power of holding your space. Hannah was selected by the Muhammad Ali Center to be a Daughter of Greatness which features prominent women engaged in social philanthropy, activism, and pursuits of justice. Hannah was selected as one of the Best of the Best in Louisville, Kentucky for her poem Spaces and recently was honored as a Kentucky Colonel, the highest title of honor bestowed by the Kentucky Governor recognizing an individual’s noteworthy accomplishments and outstanding service to community, state, and nation. In 2021 Hannah was profiled in the New York Times, highlighting her work and the (Un)Known Project that seeks to recognize the known and unknown names of Black people that were enslaved in Kentucky and throughout the nation.Labeled as a change agent, Hannah’s message is thought-provoking and at times challenging, but Hannah believes that it is in the uncomfortable spaces that change can take place. “My sole purpose in writing and speaking is not that I entertain you. I am trying to shake a nation.”

“No one is in control of your art, your gift, or your narrative except you. Tell your story.”

Hannah L Drake is a blogger, activist, public speaker, poet, and author of 11 books. She writes commentary on politics, feminism, and race and her work has been featured online at Cosmopolitan, The Bitter Southerner, The Lily, Harper’s Bazaar and Revolt TV. In 2019 during Super Bowl Sunday,Hannah’s poem, "All You Had To Do Was Play The Game, Boy," which addresses the protest by Colin Kaepernick, was shared by film writer, producer and director Ava DuVernay, and then shared by Kaepernick. The poem has been viewed more than two million times.